Where to From Here? 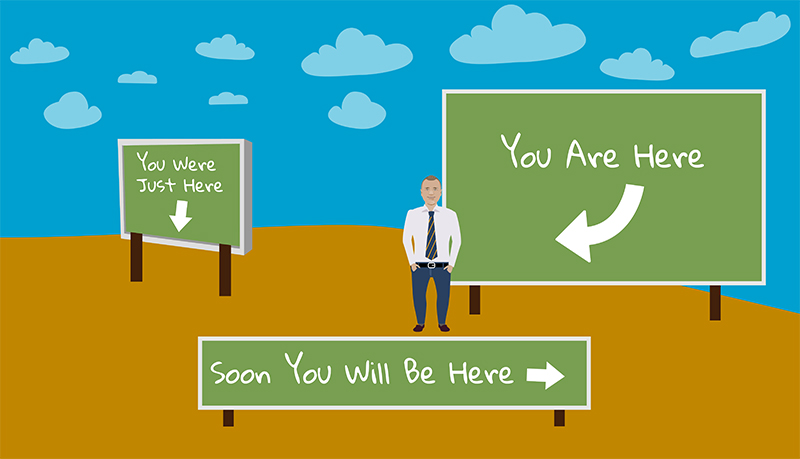 To watch/listen to this week’s article, click here. or copy & paste the following link: https://www.youtube.com/watch?v=DY12gWFFgho

The last few weeks I’ve written around my thoughts that this market went down too fast and has rallied back up too fast. And, given those moves I believe we will trade sideways for a period of time, while we digest the true impact that a shut down and new way to transact business virtually. (At least for the time being.)

That amount of time is questionable. Many talking heads are predicting a quick rebound to profits, while others state it will take years. Fact is, despite those who make compelling arguments, no one has the ability to foresee the future and the false starts, or forks in the road that this recovery may take.  Therefore, the question of “where to from here?”, is a great one and needs to reflect on times past, as well as the impacted sectors of the current economy.

In the big “Investing” picture I believe in a couple of rules…. History can give us a guide to the future, Capitalism will always rise to the top, & Reversion to the Mean.

With over 100 years of market data, there is a lot to measure, review and compare to. One of the big disclosures in my industry that companies that are either selling investment products or promoting them, is “past performance is no guarantee of future results”. I would argue that history is a great guide to learn from.

The more I research previous recessions, the more I discover trends that I simply can’t ignore. I’ve said previously that Technical Analysis (reviewing charts) is like reading tea leaves. A chart is 100% correct after the fact. However, I’ve come to accept that when markets function erratically (high volatility), respect needs to be given to the charts.

So, what do history and the charts tell us about this recession compared to the others? Well, firstly I would argue that this recession started with P/E multiples at the high end of the range, and in that way this recession can be compared to the 00/01 recession. Yes, that time period was undoubtedly caused by a bubble in tech company valuations (which in some instances were insane). However, similar to this time, around 01 featured an exogenous impact to earnings (9/11) and both markets had a meaningful rally following monetary/fiscal stimulus, following the initial drop.

Looking through other recessions, there are 7 “non-inflationary” recessions that we can compare against since 1950. (I’ve excluded 74 and 82 as inflationary.) Although they all started at different levels of P/Es when the recession hit, it’s uncanny how the result of multiples become in a tight range 2 years later.

Digging a little deeper in the 01 recession, we saw a rally in markets following the exogenous event, the S&P 500 actually finished the year 5% higher than it was on 9/10/01. And it can be argued that the reasons are similar to where we are today.

Economy improving from the shock (SAME)

20%+ Earnings per share growth for the following year (SAME)

So, what happened to markets 2 years after the start of the event?

As we stand now, EPS (Earnings per share) revisions are continuing to decline, and I expect that will continue from here.

The result of what I’m taking from History as a guide? Jumping the gun can get you disqualified.

Capitalism Will Always Rise to the Top

I won’t spend a great deal of time on this topic. If you’re not a proponent of capitalism, then you’re a conflicted investor. The term itself can instill many different things to many different people.  Opponents will tell you that it creates a wealth gap, and they are right. However, I’m in the camp that the wealth is better utilized in the hands of the risk takers who grow the economy, create the jobs, pay the taxes and are the drivers of innovation. I am also in the camp that capitalism is solely responsible for lifting 2 billion people out of poverty, as so eloquently detailed by Arthur Brooks in his Netflix documentary titled, “Pursuit”. It’s well worth the watch…

Last weekend saw the first “virtual” Berkshire Hathaway Annual Shareholders meeting. Warren Buffett in a no fuss presentation, using white PowerPoint slides with black font, went through his thoughts for both his organization and the economy for over 4 hours. His stamina at 89 years is as inspiring as his portfolio performance. Of course, he left us with his usual zingers, however, the one that has stuck with me was how he finished the topic of facing “extraordinary times through the Coronavirus”. Buffett said

“But even facing that, I would like to talk to you about the economic future of the country. Because I remain convinced, as I have — I was convinced of this in World War II, I was convinced of it during the Cuban Missile Crisis, 9/11, the Financial Crisis — that nothing can basically stop America.”

Reversion to the Mean

I’ve covered this topic in depth in previous articles. It is one of my principal foundations of investing.  Time is the variable.

This market has given us some extraordinary moves both good/bad, up/down, and set some records.  However, my overriding thought will be that they will revert at some point. Here are a few that stick out for me.

2020/21 earnings forecast are showing a trend to the overall market returns year to date. I think this trend will continue in line with the Q3 & Q4 earnings estimate. There will be opportunity at some point, again, time is the variable.

Let’s look at a major disconnect that we have currently that has potential to provide opportunity at some point in the future.

Large Cap Stocks vs Small Cap stocks. Namely the S&P 500 versus the Russell 2000. The discrepancy is as wide as I can remember it. The past 10 years has not been kind to small vs large. It’s commonly believed in the investing world that small cap stocks will outperform in times of economic expansion. Since the financial crisis however, the chart tells a different story.

Although I say investing for valuation alone is a good way to underperform, you can’t ignore the data.  The chart below highlights the S&P 500 is 21% above its 20-year median (Price to Book) while the mid and small cap indexes are around 7-10% below their 20-year medians.

In summary, I believe the destination for the remainder of the year is on the same level we are now, however, the road to get there will have some hills. With that here is the Buy/Sell.