To Small(er) Caps & Beyond 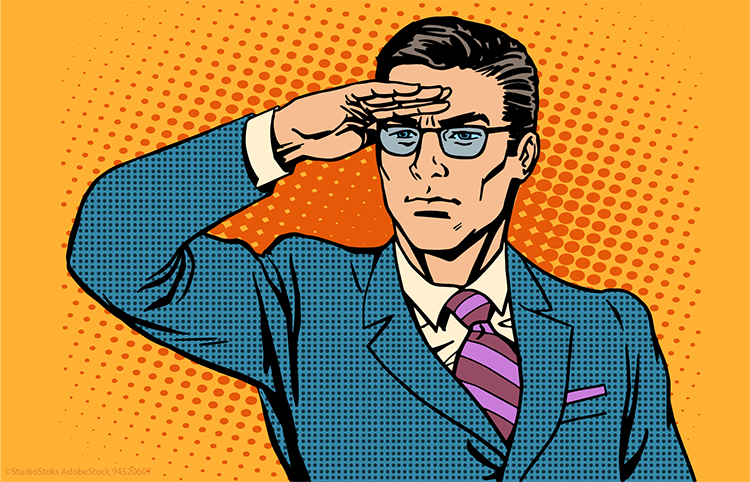 As we close the books on the first half of the year, a look back shows records not just broken, but completely shattered. The 23 trading day drop of 34% in the S&P 500 was the fastest ever recorded (according to FactSet), we jumped from a 3.5% unemployment rate in February, to a 14.7% rate in April, an increase in a two month period we haven’t seen before.

The bounce back we have seen both in the stock market returns and economic numbers (Thursday’s job report being the latest) can only be aligned to dropping a golf ball from the 50th floor, compared to dropping it from the 1st floor. You’d expect the impending rebound as the ball hits the concrete to be much higher from the 50th than the 1st.

Most, if not all, expected a rebound, with the only debate being around timing. Fed manipulation of the liquid markets substantially reduced the depth of the fall and expedited speed of the rebound. Without intervention, we would have seen a freezing of liquidity forcing some if not most to liquidate and stress levels way beyond those that we ultimately seen. I don’t doubt that there would have been many corporate casualties, particularly in the travel, leisure, and energy markets. There will be, as there always is, plenty of healthy debate on how legislators handled this crisis, and with the benefit of hindsight what we could’ve done differently. I’m not in the business of forming an opinion one way or the other, but rather attempting to navigate the landscape ahead, and for the past few months, it felt like a few trips from base camp to the summit. There’s been time were I’ve needed oxygen as the air was getting thin, and we needed to battle some bad weather, but ultimately we managed to get through the first half of the year, without much in the way of traditional entertainment.

So now, I’m starting to focus more on the next phase. The phase that comes after a bear market. The next Bull Market. If you believe at all in the market, you expect that bulls follow bears and vice versa. Like day follows night or sunshine follows rain. It’s the logical path. Our focus, if that’s the case, should be addressing the aftermath and redefining the journey from here. This is where I’m spending my time. Enough with the analogies, let’s look at some data.

We hit an inflection point on February 19th. That was the high of the stock market, and the start of this bear market. Technically, we are more than likely still in recession so we will know in a few months the length and depth, however from high to the low was 23 days. I believe this is more a sign of the times we live in (computer trading etc.) rather than an economic issue.

Coming out of this quarter there are some obvious winners and losers. This is no different from any of the past bears or recessions, and my belief is that now is the time to look through the ashes and get exposed to those areas that are still unloved.

I’ve written numerous times in the past few months that this market is being led by the mega caps. The big are getting bigger. When I state this, most people think I’m referring to the S&P 500 (the biggest 500 companies based in the U.S.) versus the Russell 2000 (most commonly referred to as the small cap index). However, what I’m referring to is the divergence between say the top 10 companies in the S&P 500 versus the bottom 10 companies in the same index. Raymond James Research this week created a year to date (YTD) chart of exactly that, and I think it’s a great visual display of what I’ve been talking about.

Now I may have missed this earlier in my career, but I’ve never seen anything like this. A pure, big is better” play.

Looking further, Growth orientated companies (who historically lead when the economy is expanding) have continued to lead this time around. The last couple of recessions, you’ve seen the value stocks (those that historically pay dividends) be the place to go. Investors often look at the sectors that favor value stocks as a safer place to go, as they include consumer staples and utilities sectors. Investors like the security of a dividend, that can help the return a little even of the price of the security goes down.

Well…not this time. The bigger the yield, the worse the performance.

I believe it’s time to dip a toe in the water. Although we still have some uncertainty around reopening and an upcoming election, at some stage for a market to sustain a bull market rally, it needs to rotate leadership into the cyclical sectors, like financials/industrials to the smaller cap companies.

There are too many charts to highlight in this report of the areas that I find attractive over a longer-term basis, and nor do I want to bore you with the minutia. However, I can tell you the opportunities are plentiful at the moment.

If I’m right in my thought that over the next many quarters that we might see a rotation from the mega back to the big, then be prepared for that result. The Dow Jones Industrial Average and S&P 500 are market cap weighted indexes, meaning they have a greater emphasis on the larger companies. So, when the big get bigger, the index has the ability go up quicker. If they drop then they have the ability to bring the overall index down, while the smaller companies may actually be moving higher.

Simply put….You could see a scenario where the index stays flat even when 70% of the stocks in it are rising. Time for us portfolios guys to earn our money!!!

Now I have much more to say on this topic, however I’ll hold that over for future weeks.

I did highlight hospitalizations as the only figure I’m watching from last week’s report. Since then we have had an increase to levels seen in Mid-May. It got my ears peaked, but that’s it for now.

With all that here is the buy/sell.

Sector investments are companies engaged in business related to a specific sector. They are subject to fierce competition and their products and services may be subject to rapid obsolescence. There are additional risks associated with investing in an individual sector, including limited diversification.

Any opinions are those of Mick Graham & Associates and not necessarily those of RJFS or Raymond James. Investing involves risk and you may incur a profit or loss regardless of strategy selected, including diversification and asset allocation. Past performance may not be indicative of future results. This material is being provided for information purposes only and is not a complete description, nor is it a recommendation. Prior to making an investment decision, please consult with your financial advisor about your individual situation. Expressions of opinion are as of this date and are subject to change without notice.