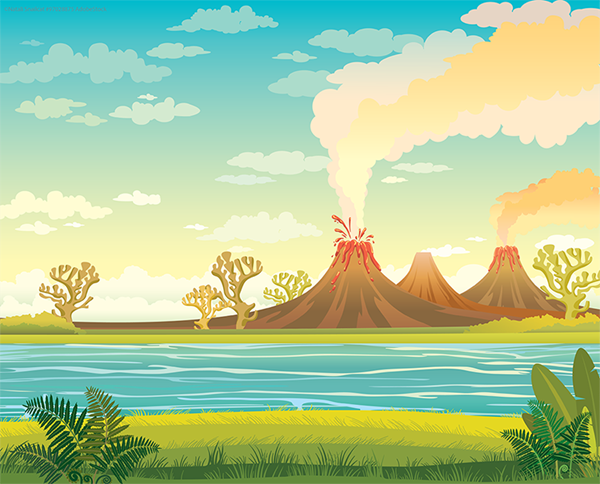 If the last 5 months have taught us anything, it’s to expect volatility to be the new norm. I’m not talking about your average volatile stock market with a triple digit move, I’m talking quadruple digit. You can throw out the old rule that bear markets don’t start with a bang, but rather a slow grind. That move from Feb 19 to March 23 (16 trading days) was a 34% decline. Fastest ever.

The new normal I suspect will be more like this. You can blame human nature, fear, greed, emotion, algo traders, hedge funds, or a combination of all the above. Whatever it is, I will tell you that volatility creates opportunity.

There is a way to better prepare ourselves for what I believe will be increased levels of fear in the future, especially as technology gets better/faster. We need to better educate ourselves on long term capital markets and remember that when fear peaks, the good get thrown out with the bad.

It’s so easy to get caught up with looking at the account balance go down and miss the sale of the decade. Hindsight will tell us that there were bargains to be had back on March 23, as it has in every stock market decline. We will get them again. No one rings the bell at the top or bangs the drum at the bottom. What we can do is understand that the market’s job is to pre-price all known things to give you a price today of valuations in the future. It’s an impossible task, and we should accept that we will get it wrong many times. It’s those times that we need to take advantage of.

How do you do that? First, have a long-time horizon. That could mean for your life expectancy or that of your legacy. Stay up to date with current events, accept that investing comes with risk (which is another word for volatility), and look to take advantage of opportunities to lower your cost basis. This sometimes means buying more of a security when the price is below what you have paid for it on average. This will bring your overall position price down. Other times it means trimming out of some when the price has run a lot.

So where do we stand now? After down too quick and now up too quick, there are segments of the market that have returned to all-time highs (like technology) and others that have dragged like small caps and emerging markets. I believe right now is the time to add to some of these sectors as they have not had the rally back like other areas.

I’ve highlighted a few times in previous articles that following a bear market, comes a bull market and we sometimes get a new leadership. Large Caps that have led since the 2016 Presidential election have benefited greatly from tax relief and easy access to capital. With the unprecedented stimulus and fiscal policies, I believe you will see a resurgence of those companies that have good growth prospects that have been unable to access the capital markets as easily as their larger counterparts. The Treasury has stated that they are actively buying bonds in the market, both directly and through ETFs to quell the panic that set in the bond markets in March and April.

The (blue line) in the chart above highlights the credit spread between U.S. high Yield (BBB rating) and that of the 10-year U.S. treasury bond. When that spikes, it is due to high yield bond yields going up as investors sell out of riskier assets to buy safer alternatives. The yellow line is the S&P 500 index. You can see there is a pretty good correlation between yield spreads coming down and positive stock market returns.

As of now, we already have unprecedented stimulus in the market, with an additional $1 Trillion coming mid to late July, by most accounts. On top of that there is talk now of an Infrastructure package that is likely to be out of committee and ready for voting around Labor Day. Infrastructure packages historically have helped companies building roads and bridges and I’m sure this package will be similar. However, this time around I expect a lot of funding for 5G rollout, which has potential to dramatically enhance business operations, especially for smaller cap companies that did not have the massive technology budgets. So yes, I’m now getting bullish again, and looking to add to positions on the inevitable pullbacks I think we will get.

Just quickly on the virus, yes there are states that are seeing spikes in cases. I believe that was an inevitable result from increased testing and opening up of economies. The stat that I’m paying particular attention to is hospitalization numbers which have continued to decline. We will wait and see.

That’s it for this week. Yes, a more bullish tone after the quick 7% one day move last week. At least I know someone is paying some attention to fundamentals. I just couldn’t grasp another week of the market running higher without justification.

With all that said here’s the buy/sell.