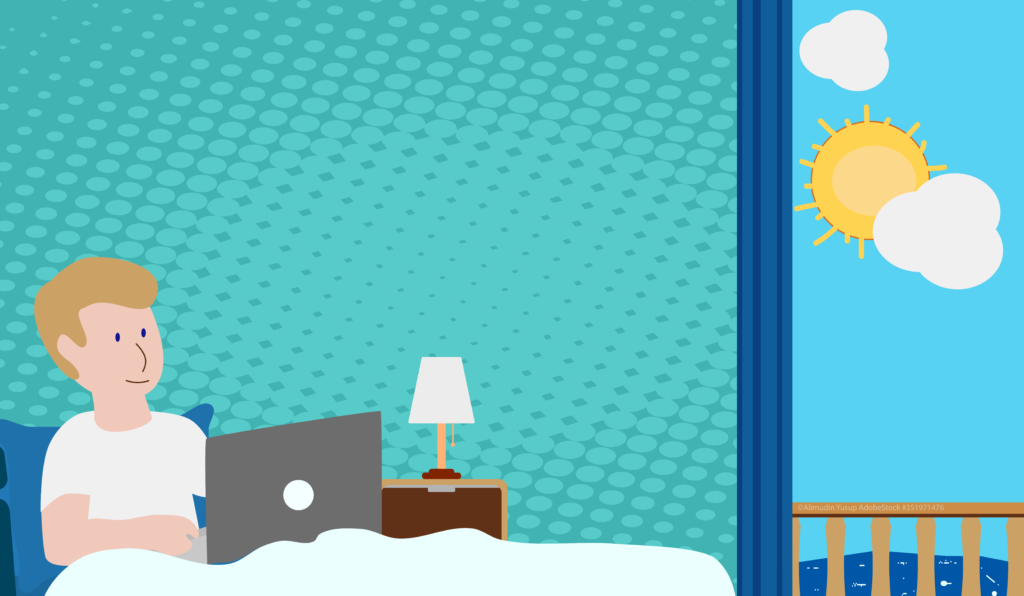 It’s a new era…yes, we have a new President, but more interestingly, I’m now broadcasting from bed. Click here to watch this week’s unconventional update.

A new administration took office last Wednesday, and with it came the fears of the effects of change. I’ve had everyone from friends, a few clients, as well as other Advisors tell me what’s going to happen to the stock market now, we have different party in the Executive Branch.

I get it, the talk of an increase in the tax rate, spending programs, a ballooning of the national debt, and an overall agenda that you may not believe in, can cause you to have STRONG thoughts on what may happen to the future value of capital markets. The stronger their political belief, the bigger they feel the decline will be. It even gets to the point of what psychologists call confirmation bias, which is a state of mind in which you will believe you’re right even when there is no evidence of being so. For instance, if one stock goes down and the other nine go up, it’s “See I told you so…”

As most of you know, I pay little attention to Poly-Tics, (Poly the Greeks word for many, and Tics being small blood sucking parasites). I actually equate it these days to watching an episode of the Real Housewives. Sorry, Honey! But if you don’t take the day to day of happenings in Washington as entertainment, then you might find someone removing your shoelaces.

I know at times this becomes very personal for many, and I don’t want to underplay those emotions.  Rather what I do want to do is put some clarity around it, at least as it pertains to the pricing of capital markets. Managing money has many difficulties. However, the best reference point a Portfolio Manager has today is a long history to draw from. In the past 150 years there have been many tax hikes and cuts, so I went back and took a look to see if I could find any trends, consistent movements, or confirmation of any kind that if this happens, this will pursue.

My conclusion is that there is no considerable effect tax hikes or cuts have made it to the long-term capital pricing model. I know this may be hard to believe, but when you look at a 3-6-12-24-month period of tax hikes or cuts, (whether it’s capital gains tax, corporate tax, or personal income tax), stocks have not moved consistently in the same direction based on these parameters. How can that be so? It’s because stocks ultimately price on earnings, and it’s not like a CEO says, “Oh well, taxes are going up, let’s pack it up!!” Yes, an increase in the corporate tax rate can mean a bigger cut of the profit is taken out by the government, but that’s the time when you reinvest profits back into the business by building the extra plant or investing in research for the next innovation.

The up and down of the tax rates are not the biggest concern for leaders of corporations. It’s consistency. Just tell me what the playing field looks like for the future and I’ll make investment decisions based on that.

So, what will cause the next major market decline? It will be one of two things: 1. Exuberance in the pricing of assets to the point of excess, or 2. Something that is floating out there that no one sees coming. I’m sure you can put your own examples around those two scenarios.

The market is the purest and ultimate pre-pricer of all commonly known things. If you’ve read it, heard it, seen it, or been told it by the Uber driver, it’s already priced into the market. I take comfort in this. The markets job is to price the future, which when you think about it is an incredibly tough thing to do. I always say the market is trying to price earnings 6 months in the future, but in theory it works on a scale. From say a couple of months to about 2 years. It gets really short in times of panic, (like Covid and Government shutdowns) and gets really long after big declines, as it then starts to look past the status we are in and looks to the point past it, (like where we are now). I have many visuals in my head to describe this like a tight rope walker, the longer he goes out on the wire, the more movement he experiences, but I’ll let you put your own around it.

Let’s just finish this note this week by saying, the sun will rise tomorrow and will do so with unprecedented oxygen (that’s my reference to stimulus).

With that here is the buy sell. As always should you have any questions, concerns or feedback please fee free to reach out.

The information contained in this report does not purport to be a complete description of the securities, markets, or developments referred to in this material. The information has been obtained from sources considered to be reliable, but we do not guarantee that the foregoing material is accurate or complete. Any opinions are those of Mick Graham and not necessarily those of Raymond James. Expressions of opinion are as of this date and are subject to change without notice. There is no guarantee that these statements, opinions or forecasts provided herein will prove to be correct. Investing involves risk and you may incur a profit or loss regardless of strategy selected. The S&P 500 is an unmanaged index of 500 widely held stocks that is generally considered representative of the U.S. stock market.

PrevWhen Cash Can Be King
Next#WallStreetBetsNext