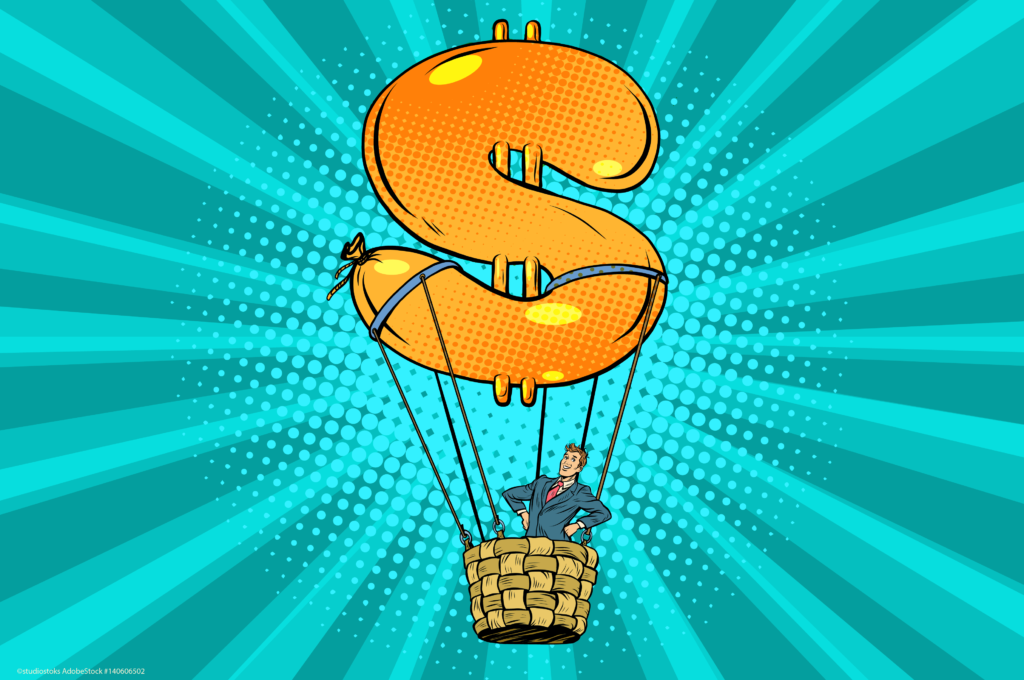 This is not a bad thing. It’s actually a positive thing. I’ll explain this a bit later…

The past few years you’ve witnessed the market fight higher for reasons other than corporate earnings and that, in itself, is unsustainable. It’s like a hot air balloon continuing to rise without hot air. Earnings are the oxygen that ultimately fuels the stock markets to new levels, and as we move forward, earnings should come back to take center stage. Remember this is what’s normal…not what we’ve just been through.

The reason the economy no longer requires stimulus or needs the Fed to slow down growth through rate rises, usually correlates to a healthy economy. Growth that is either meeting or exceeding expectations, and the fear becomes more about inflation ramping up too quickly rather than too slowly or not at all.

So, what’s this actually mean for the growth of your money moving forward? I’ll give you the same answer I would’ve given you before the pandemic, and likely will be the same answer I give you in the future. As long as you have a long-time horizon, then what happens through this transitionary period is irrelevant. However, if you take a look at the chart above, you’ll see that even when GDP was picking up, causing subsequential rate rises, the stock market continued its climb.

I’m not saying that it will be all roses from here. The days of “everything moving up”, are likely over.  Fundamentals matter again and I say hallelujah to that. We can now focus on things like, margin expansion, revenue growth, and cost control. Woohoo.

Lastly, I know there is a lot of talk about how many rate rises there will be in 2022, and you will no doubt hear the Fed Chair either give an interview or speak in front of congress. Just remember that there is a big difference between what the Fed says (or comments on) and what the Fed ultimately does. We’ve seen this story play out many times before. I’ve said for a long time that inflation will likely cause the next recession, but that is a long way off in my humble opinion, despite what the talking heads will tell you.

With that, here’s the buy sell.

I really haven’t had a chance to read much in the past week (although I did just get the new Ray Dalio book), mainly because we are packing up the house in the afternoons and on the weekend. After a few years living my dream in a gorgeous little beach shack, the construction next door became a bit too much. Wasn’t so much the noise, or the size of the five-story development right next to us, but the concrete that rained down on the house and our cars in the middle of the night. I guess the concrete pump operator must have got something in his eye when he was pouring because I think more ended up on my car than in the building. 😊

Anyway, it’s been a great 3 years, and although the house itself was not the prettiest, it did produce the most gorgeous sunrises. We are moving a few blocks from the beach to the river. So, I may end up with one of the only bad habits I don’t currently have, and buy a boat. Stay tuned!!