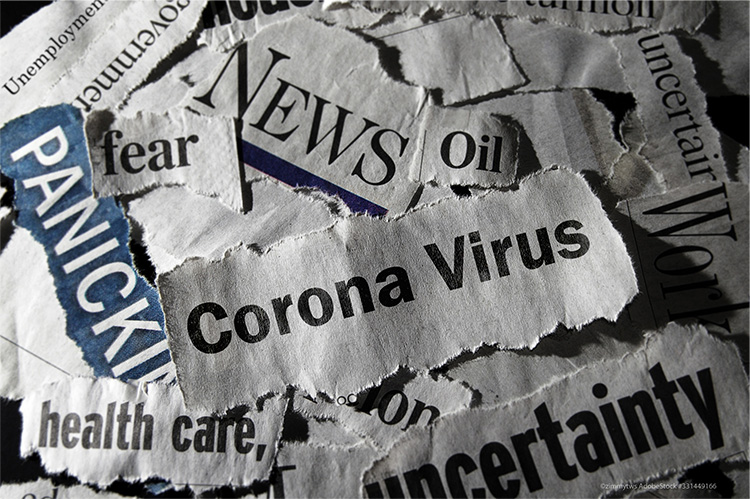 If you prefer to watch the video version of this article, please click here.

All sorts of news this week. We had a Fed meeting, 1st Quarter GDP release, states either re-opening or initiating plans to reopen, Remdesivir (Gilead drug positive results), the biggest week of earnings for the S&P 500, market rally (through the time of writing at least), and a bunch of surveys coming out, highlighting sentiment and fund flows. We are starting to see some rotation from large to small and the worst performers starting to contribute to the rally. Confused?? “Well look closer,” my mentors used to tell me.

I’ll try to break all of this down and then give you a summary at the end.

First, where are we now? The S&P 500 finished at 2939 on Wednesday’s close, which is a 61% retracement of the decline. Too far, too fast. I mean that for both the way down and the way back up.  On top of this, I want you to remember that based on my modelling (shown through the Buy/Sell chart) in early February I had the market before the drop around 8% over valued. We will throw all this in the hopper and see where it comes out.

We have massive stimulus right now “trumping”, weak economic data. In fact, the weakest economic data, since they started keeping GDP figures back to 1947, according to the Wall Street Journal. The market is looking past the first two quarters and seeing a road to recovery.

Let’s look at some survey data. Raymond James Equity Research polled 400 Portfolio Managers, here are a couple of their answers.

There is a pretty good sentiment among these managers that the economy will be slow to recover, and the market will be lower by year end. I’ve always been an advocate for contrarian thinking. Following the crowd when it comes to investing at its very best, will give you average returns. This is central to the Buffett thesis of “Be greedy when others are fearful, and fearful when others are greedy”. I add a caveat, “as long as you’re comfortable with volatility”. Opportunities present themselves all the time in the investing world, you just need to be able to keep the long-term view.

This does not mean we will continue higher. I reference last week’s slide that I showed, highlighting rebounds off market lows.

Now I’m not saying that we have to re-test the bottom that was put in on March 23, however a decline of 5 – 15% from here would fit well into the parameters of normal.

The last week or so we have seen a nice size jump in fund flows especially in the technology names. The chart below is on the Nasdaq Composite, and the fund flows (meaning the amount of money going into the stocks in that index) are at an all-time high. You guys all know that I’m a big proponent to reversion to the mean, which leads me to think that it wouldn’t be strange to see a pull back, specifically in the sectors that have pushed this rally so high.

What to do from here?

In my office there’s a column in the corner, that I guess is structural in nature. It’s quite annoying as it blocks some of my view. So, I painted it with chalk paint, and I often leave messages for the rest of the team on there. I call it Mick’s Big Board. I was watching some talking head on the TV that was giving all sorts of reasons to why the market is moving, where it goes from here and how to play it. His answer had me completely bamboozled, so I know if I could not understand it, then it’s likely that many others couldn’t either. So, it led me to writing this on the board.

Fundamentals (meaning earnings, business plan, management’s ability to execute etc.) will all come back to sensible investing one day. However currently we are victims of technicals. Technicals, as far as I’m concerned, are useful in the short term, but play little effect in long term analysis. The chart below shows the 200 Day moving average of the S&P 500. If you were asleep for the past two months and looked at this chart, then you’d be forgiven if you thought nothing really happened. We will see how this plays out in the next 200 days, but of all the charts I look at, this one reflects my thinking of investing better than most.

So, we know that there have been winners and losers in this decline and subsequent bounce. When looking for opportunity in volatile markets, I often look towards the indexes that have underperformed. For a sustained market rally, you will need those indexes to start to outperform. From the charts above you can see that technology, particularly Mega Technology has been the driver of this rally.

Smaller cap companies have not contributed to the extent that you would think. In normal market rebounds, the smaller cap companies are the ones that rally the most, mainly because they are the most beaten. Small cap companies are generally levered more, and thus investors get concerned about their ability to repay those loans in times of economic distress. Given the stimulus programs directed towards small business, a basically zero percent fed funds rate, it would be normal to think that the small caps should’ve led this time around. But it’s not the case, although we did see what could be the start of a rotation early last week.

The Russell 2000 is an index measuring the performance of approximately 2000 of the smallest (market cap) public companies. There was a technical breakout last week and when you compare it to the S&P 500 over the course of the last year you can see how it underperformed, but it’s starting to pick up some momentum.

This tells me a couple of things. We better watch the leaders of this rally and how they perform over the next few days and weeks, and watch those that have been beaten the most.

I’m spending my time now scouring the small cap world looking for companies that have been beaten, but still fit in to our long-term strategy of good long-term growth prospects with some competitive advantage, with multiple revenue streams.

With that said, here’s the buy/sell.

The S&P 500 is an unmanaged index of 500 widely held stocks that is generally considered representative of the U.S. stock market. The S&P MidCap 400® provides investors with a benchmark for mid-sized companies. The index, which is distinct from the large-cap S&P 500®, measures the performance of mid-sized companies, reflecting the distinctive risk and return characteristics of this market segment. The S&P 600 is an index of small-cap stocks managed by Standard and Poor’s. It tracks a broad range of small-sized companies that meet specific liquidity and stability requirements.

Sector investments are companies engaged in business related to a specific sector. They are subject to fierce competition and their products and services may be subject to rapid obsolescence.  There are additional risks associated with investing in an individual sector, including limited diversification.

Keep in mind that individuals cannot invest directly in any index, and index performance does not include transaction costs or other fees, which will affect actual investment performance. Individual investor’s results will vary. Investing involves risk and you may incur a profit or loss regardless of strategy selected, including diversification and asset allocation. Past performance may not be indicative of future results. This material is being provided for information purposes only and is not a complete description, nor is it a recommendation. Investors should consult their investment professional prior to making an investment decision. Expressions of opinion are as of this date and are subject to change without notice.