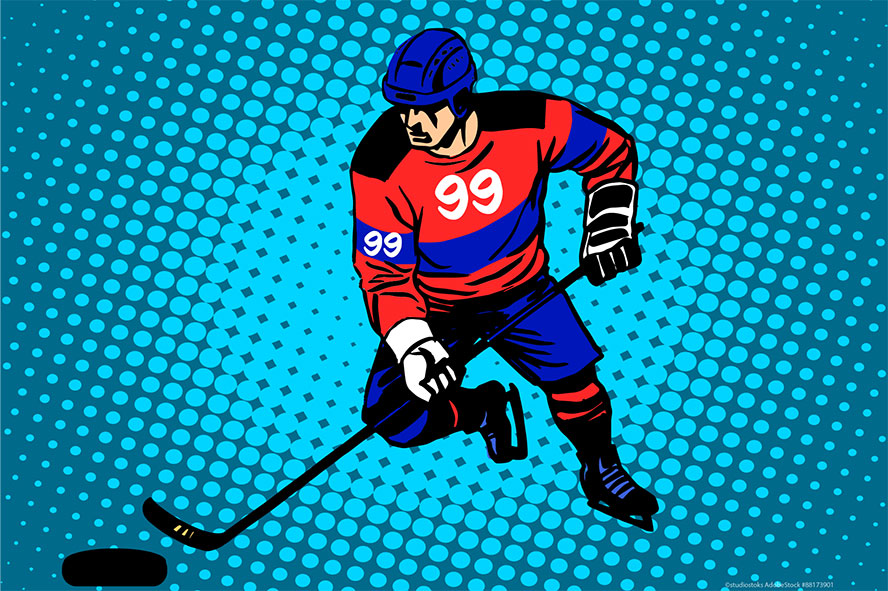 The Great Wayne Gretzky said it best, skate to where the puck is going. For investors there are many ways to attempt to determine which direction the market will head such as watching the news, estimating earnings, asking your neighbors, or going with your gut feeling. However, one of the old tried and true ways the big boys have done it is by looking at the bond market. The bond market is considered the wise old man of the equity markets, as early moves in the bond market have provided some guidance in equity market moves. To read what I’ve written about this previously, click here.

Today we will look at what the bond market is telling us about where the puck is going, with some help of a few charts. First, let me remind you the difference between short term rates and longer-term rates.  The Fed controls the Fed funds rate, which is the rate that banks essentially lend to each other overnight. So simply put, when the fed cuts the rates it means the very short bonds. Supply and demand dictates the rates in the longer end of the market. The further away we get from short rates the greater the pressures of supply and demand and when discussing bonds, we always reference the bonds issued by the U.S. government.

The chart above is referencing the US 10-year bond. The upper graph is showing you the movement in the 10-year yield for the past 5 years. What you can notice from that graph, is since Covid (end of Feb) the 10-year treasury rate has been under 1%, closer to 0.70%. Aside from a couple of bumps, I’d argue a sideways movement.

The bottom half of that graph highlights the positioning on money into or out of bonds, the red sections mean that speculators feel that interest rates will rise, (which means the price of a bond will come down), and the green sections means speculators think that rates will decrease (meaning prices will increase). Remember bond prices and yield work inversely. Typically, the bottom chart is what we call the great contrarian, which is another way of saying, “follow this chart at your own peril”…You can see that when you look at the two charts together. In 2016/2017 after the last election, speculators went long bonds, expecting rates would decrease, and the opposite happened. From 2017 through 2019 as the economy was doing well, investors went short bonds (thinking rates would rise), and again the opposite happened. You’ll note today speculators are expecting rates to come down, and if the trend continues, the opposite would happen.

A lot of the economic indicators I follow support my thought. The left side of the chart above highlights consumer confidence against the spread of the 2 yield to the 10-year yield. You can see dating back a couple of decades that they have moved pretty much together…until now. Even after a drop in consumer confidence after Covid you can see a big disparity between them. This could lead you to believe that the 2/10 spread has potential to increase.

The right-side chart is another that shows a more recent move away from what has typically moved together. The Gold v Copper (Blue line) and the green is the 10-year treasury. When copper goes up more than gold this is considered a sign of longer-term economic strength, and you would expect that 10 year to move with it.

So, what’s this telling us?? Well a couple of things. First, I think the 10-year yield is set to move higher, and if that happens it will be based around some type of catalyst. That would likely be more stimulus, a vaccine, a complete reopening. If any of these catalysts happen, my belief is that path of least resistance for the 10-year yield is higher. Second, I believe this would signal a rotation in the equity markets from what has worked in the past, which has been the mega caps, the biggest and the best. I highlighted in previous articles just how well the mega caps have performed and just how much they have moved this market higher.

The winner of that rotation would likely be the equal cap index and the small caps. What the chart on the left shows is the correlation, in the past 12 months, between the move in the 10-year yield and the movement of the equal weighted index. As a reminder the S&P 500 is a market cap weighted index. Meaning more weighting of the index is given to the companies with the biggest market capitalization.

The same result is seen in the small cap index on the right side of the chart above.  y thought is that if rates (10 year treasury) do move higher, you could easily see the major indexes (Dow Jones, S&P 500) be flat to slightly up, while you could see a big move upwards in the equal cap and/or small caps.

Yes, this means that I think equities are set to rise over the longer term. TINA (there is no alternative), is a term you will hear on the TV, and to a certain extent, it’s true. But a deeper dive shows that equity prices as measured against bonds are still relatively inexpensive.

Price to Earnings now I acknowledge is historically high (top right chart). However, when looking at the S&P 500 dividend yield v 10-year yield (top left chart), you can see dividends from the S&P 500 are paying around 1% higher than a 10-year treasury. This is the highest level historically it has ever been.

Bottom right is the equity risk premium that I wrote about a few weeks ago, still showing equities are inexpensive, and bottom left shows that 68% of companies in the S&P 500 are paying a higher dividend than the 10 year treasury. If you take out the companies that don’t pay a dividend at all, then that number goes up to 89%. I don’t remember a time in history it’s been that high.

So, in a very quick summary I will tell you that it’s my belief that equities (long term) provide a pretty good value proposition compared to bonds moving forward.

Thanks for sticking with me through this pretty deep note. I hope you gather from it that there is much to be learned from the bond market on equity returns. With that here is the buy/sell.

Any opinions are those of Mick Graham and not necessarily those of RJFS or Raymond James. The information contained in this report does not purport to be a complete description of the securities, markets, or developments referred to in this material. There is no assurance any of the trends mentioned will continue or forecasts will occur. The information has been obtained from sources considered to be reliable, but Raymond James does not guarantee that the foregoing material is accurate or complete. Past performance may not be indicative of future results. The S&P 500 is an unmanaged index of 500 widely held stocks that is generally considered representative of the U.S. stock market. The Dow Jones Industrial Average (DJIA), commonly known as “The Dow” is an index representing 30 stock of companies maintained and reviewed by the editors of the Wall Street Journal.